Organised by BRIME, and sponsored by MEEZA as Platinum sponsor, the Summit highlighted opportunities to create industry solution frameworks and guidelines, leveraging blockchain technologies to secure data, reduce costs, improve timelines and eliminate disputes in any given process.

At the event, Fadi Nasser, Chief Commercial Officer at MEEZA, was joined by other experts across the region in a panel discussion titled ‘The current Blockchain status and regulations in Qatar and the region’.

During the Summit, MEEZA and BRIME signed a partnership Memorandum of Understanding aimed to change the blockchain status in Qatar through advancing the research and development process of designing and developing a governed blockchain network.

The MoU aimed at building important skills to work with blockchain technologies through education and training; exposure and participation in the development processes; and evaluating the needed resources to develop and operate blockchain solutions.

Under the agreement, MEEZA and BRIME will also join hands to build a local hybrid blockchain network to provide blockchain resources in the country and open the door for developing many blockchain applications.

The project will put Qatar among the first countries in the region to have a blockchain network on a large scale and open new business opportunities and models to the project partners and to the local market.

Faisal Al Kuwari, MEEZA’s Chief Technology Officer said: “We are proud to be a Platinum Sponsor of the Blockchain Revolution Summit Qatar 2022, an event that fosters synergy in promoting better understanding and awareness of blockchain technologies not only in Qatar but across the Middle East”.

He added: “The MoU with the Blockchain Research Institute Middle East engenders a strong collaboration that will revolutionise the blockchain industry in Qatar and serve as an example for other countries to follow. We look forward to having fruitful outcomes that will benefit all stakeholders in the industry”.

Aline Daoud, Managing Partner at BRIME said: “We are excited to have MEEZA as the Platinum Sponsor of the Blockchain Revolution Summit Qatar 2022. MEEZA is always committed to supporting efforts that contribute to knowledge sharing and skill enhancement that will benefit key players in various sectors. We are also pleased to be signing a landmark partnership agreement with MEEZA to further promote capacity building in blockchain technologies and create a formidable network of local experts”. 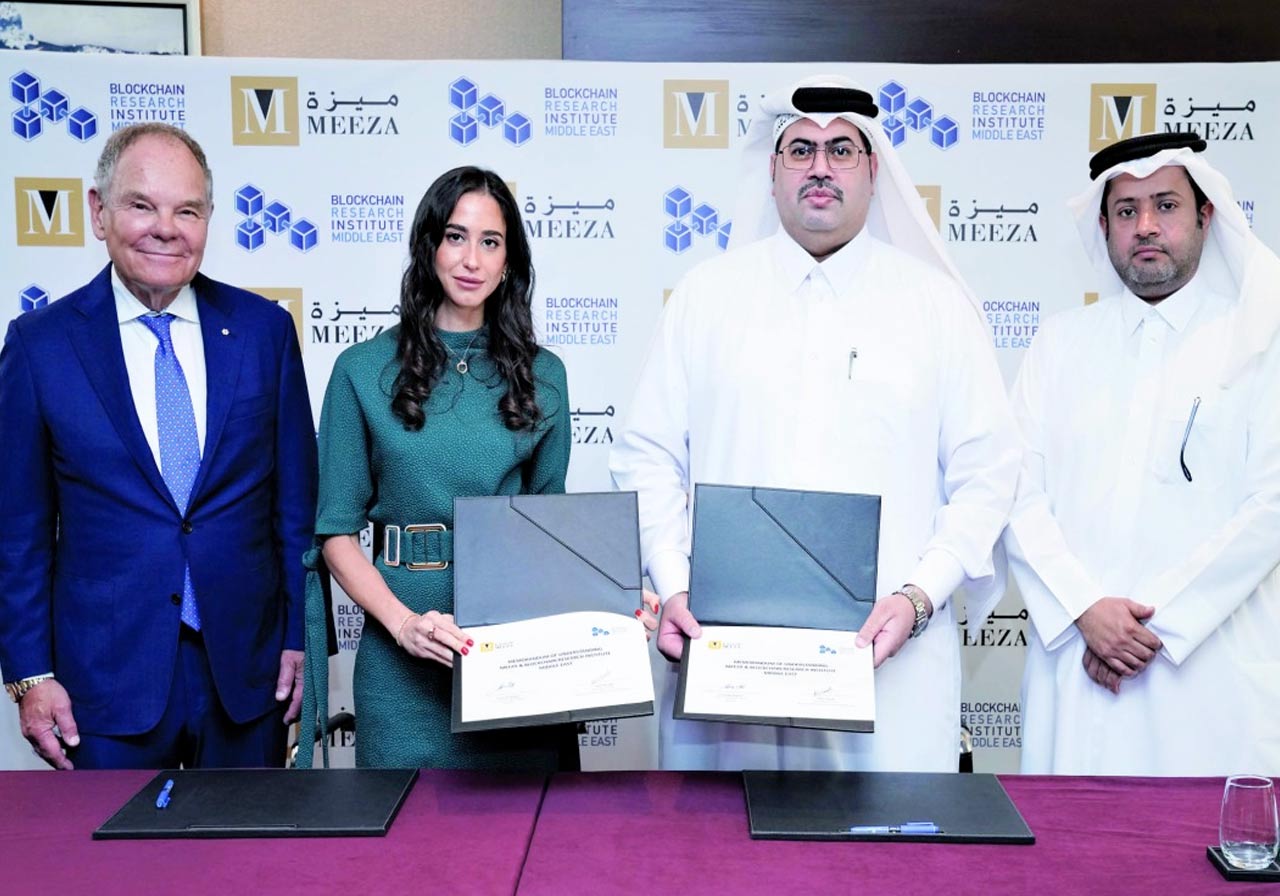